History of Masonry in Janesville

On November 19, 1855, a hall was leased from Brother M. C.Smith for a term of three years and the Master, Junior and senior Wardens were authorized to buy furniture and fixtures for the Lodge hall.

On March 31, 1856, Dr. Lufties Martin who had come to Janesville from London, England, where he had been a member of Lion Lamb Lodge 227, presented the symbolic pillars which are still in the Lodge room in appreciation of the kindness rendered him and for the good work Janesville Lodge No. 55 was doing.

On August 16, 1869, the regular date of meetings was set by the By-Laws of the Lodge for the second and fourth Mondays of each month and this schedule has been retained to the present time.

It is rather difficult to determine where the early meetings were held, but it appears that in November, 1855, Worshipful Master Murdock rented a hall from Brother M. C. Smith and meetings were held there until February, 1857, when Western Star Lodge No. 14 invited Janesville Lodge No. 55 to share their Lodge rooms, which were in Lappin’s Block, now known as the Hayes Block. There is no indication as to whether Janesville Lodge accepted the offer of Western Star Lodge.

Records indicate that on December 28, 1857, Janesville Lodge rented rooms from Peter Meyers for $200.00 a year and in January of
1858 it appears that we rented the quarters to the Janesville Commandery with equal rent to be paid by the other Masonic bodies.

Our meetings were held there until 1905 when the building where Rock County Appliance is now located, was purchased from the Methodist Church, and the dedication was held December 27, 1906, with the Grand Lodge in attendance. 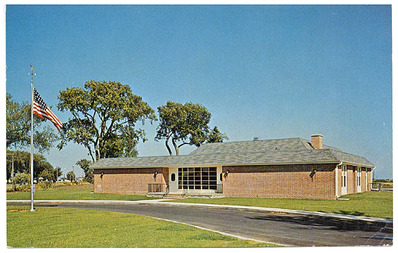 This was a joint venture with Western
Star Lodge No. 14,
Janesville Lodge No. 55,
Knights Templar No. 2
and Royal Arch Masons No. 5.

The present roster carries many of these names, probably descendents of those early members.
Photos on this page courtesy of the University of Wisconsin Digital Collections:  http://uwdc.library.wisc.edu/